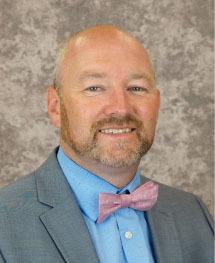 Dr. Dittrich has served as principal since 2013 at Maplewood Richmond Heights Middle School, "School as Expedition." MRHMS prides itself on being a public school providing rich experiential education to a diverse population. Dr. Dittrich believes he has yet to see a state or national standard that cannot be taught through experiential learning. MRHMS has been recognized as a Missouri Green School and National Green Ribbon School for its commitment to sustainability and environmental education. MRHMS was also named Best of Green Schools K-12 from the Center for Green Schools at the United States Green Building Council, in collaboration with the Green Schools National Network. MRHMS received this award for its commitment to sustainable practices and the health and wellness of both students and staff.

Dr. Dittrich volunteers as a facilitator for the Missouri Outdoor Leadership Academy, serves as a board member for the Experiential Education Exchange and founded a scholarship in honor of one of his former students, SGT. Amanda Pinson, who lost her life in action during Operation Iraqi Freedom. Most recently Dr. Dittrich has served on the advisory board for Distinguished School of Mental Health & Wellness.

Dr. Dittrich has been recognized as a Young Alumni Merit Award recipient by Southeast Missouri State University, Missouri Assistant Principal of the Year, and a National Outstanding Assistant Principal and was honored as a United States Navy Distinguished Visitor on the USS Carl Vinson.

Dr. Dittrich is proud to raise his family in the community that he serves. He resides in the MRH district with his wife and two children who attend MRH Schools. He sees it as a personal mission as a community member and as principal to represent all students with a vision for equity.